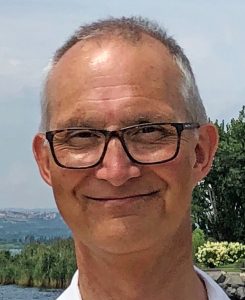 Rev’d Geoff Colmer
Geoff has been a Baptist Minister since 1990. In what seems like a former life, Geoff was a professional musician playing bassoon in the English Northern Philharmonia, the orchestra of Opera North. After ministerial training at Spurgeon’s Theological College, he served at churches in Rye and Melton Mowbray before coming to the post of Regional Minister and Team Leader in the Central Baptist Association in July 2004, with particular responsibility for pastoral care of churches and ministers.
Geoff continues to play for pleasure and performs as part of the Horizon Ensemble. He has a particular interest in the relationship of spirituality to the arts, and has recently contributed to a book on this subject.  More recently he has been closely involved in the formation of the Order for Baptist Ministry, and moderates the Core Group.  Geoff has become a keen baker and cook and enjoys all things foodie.  He is married to Cazz, a primary school head, and they have two married sons and three grandchildren. 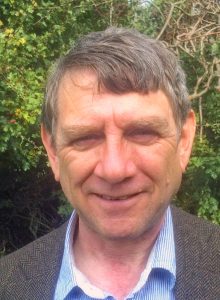 Stephen was born and brought up in Northamptonshire and trained for ministry at Bristol and Oxford. He was minister at Six Ways Baptist church, Erdington in Birmingham and enjoyed the rich mixture of cultures and faiths in the city.

In Central Baptist Association, Stephen is the General Secretary and also relates to Hertfordshire, its minister and churches, and acts as moderator to the church at Breachwood Green.

Stephen is involved in the study of nonconformist church history and has had a hand in a couple of publications. He is also Secretary to the Baptist Historical Society. Interests include music of most varieties, walking, theatre/films and (non-competitive) badminton.

He is married to Belinda and they have two post-University children. 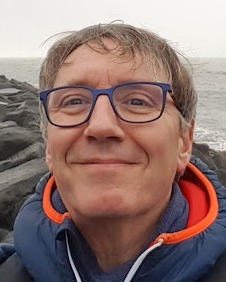 Colin grew up in High Barnet, spent a year as a Voluntary Evangelist  with the London City Mission,  before pursuing a theology degree at London Bible College. Several Years of hard graft in a Rock Band or two followed, which included the experiences of main stage at Greenbelt as well playing classic Rock venues such as the Marquee club and Dingwalls. He had short stints as a youth worker and van driver before beginning what was to become an eight year ministry at Northolt Grange Free church in West London.

Colin moved to Little Kingshill Baptist church in 1995, where he ministered until  taking up his role as a full time Regional Minister. During his time in Bucks, he was the Association secretary, and following the advent of the CBA worked one day per week for the association alongside his local ministry. During his time at Kingshill he produced a couple of children’s worship albums, and continues to write the occasional song. He has a keen interest in photography,  supports both Barnet and Chelsea football clubs at a distance, loves Cornwall (particularly St Ives), is married to Annette and they have two sons Tom & Josh.