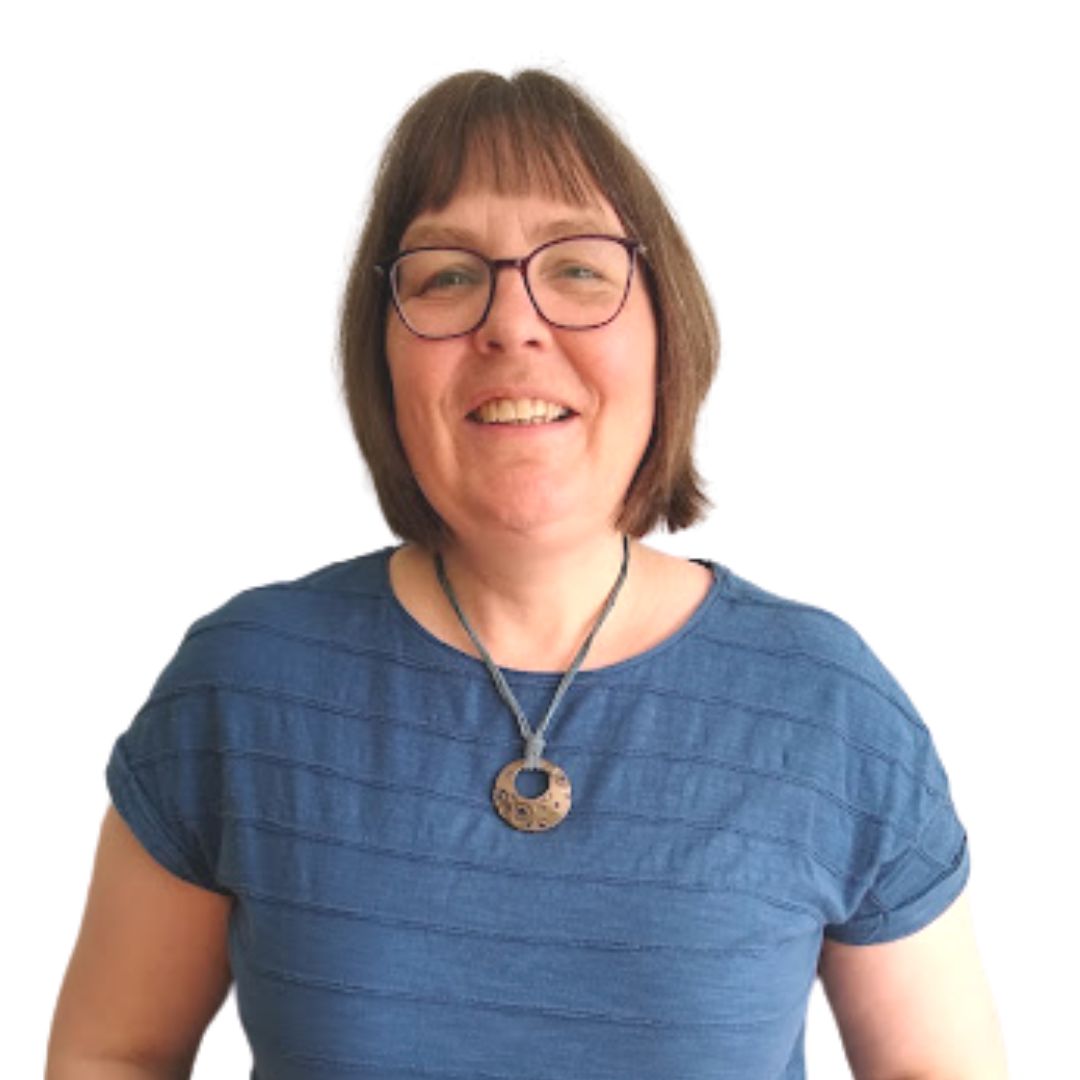 I became a Christian aged 15, when Youth For Christ ran a mission in our town, and started attending Northchurch Baptist Church, which had a thriving youth group. I was baptised later the same year, and soon I was on the committee running the school Christian Union. One memorable day, we had pupils and staff on their feet singing God’s praises! We had invited members of the London Community Gospel Choir to school to lead gospel singing workshops and put together a concert.

I spent a gap year with Youth With A Mission and then started university, returning home ill in my second year. When I recovered, I knew God had called me to full time ministry and so I applied to London Bible College to study for a BA Hons in theology. I graduated in 1996 and married a fellow student, Andy. We have two children, Milo and Hannah (aged 20 and 18), and celebrated our silver wedding last year.

After graduation, I used my theology in the role of Commissioning Editor (Adult Bible Resources) at Scripture Union, while Andy served as a church youth worker. It was a huge privilege to edit resources that help others reflect on God’s Word daily and deeply. The highlights of my time with SU were working with the Bible texts themselves and the pastoral and relational opportunities with the community of writers and readers.

After going freelance, I started up a daytime Bible study with a crèche. It was within this group that I started to sense a call away from Christian publishing and towards accredited Baptist ministry. I was called to Bovingdon Baptist Church, initially as Lay Pastor, arriving in 2007 with two young children in tow and we doubled the size of the Sunday School! With the help of a Home Mission grant, I have been able to serve Bovingdon full time since 2012.

As sole pastor of a small church I have valued the relationships within our association enormously: prayer and cluster groups; mentoring NAMs; teaching Spirituality on the CBA/Regent’s Park College Footsteps course. I spent my 2015 sabbatical walking together (literally) with CBA ministers on the Chiltern Way long distance footpath, raising funds for Home Mission as I went. This year I have another sabbatical and am focusing on leadership skills as I work towards completing my MTh in Ministry, Theology and Practice.

I am delighted to join Lisa Kerry on the Regional Ministry team, with the welfare of small churches an important part of my remit, and I look forward to journeying alongside members of the association and the wider Baptist family in my new role.